Status of Coral and Sponge Conservation in Eastern Canada 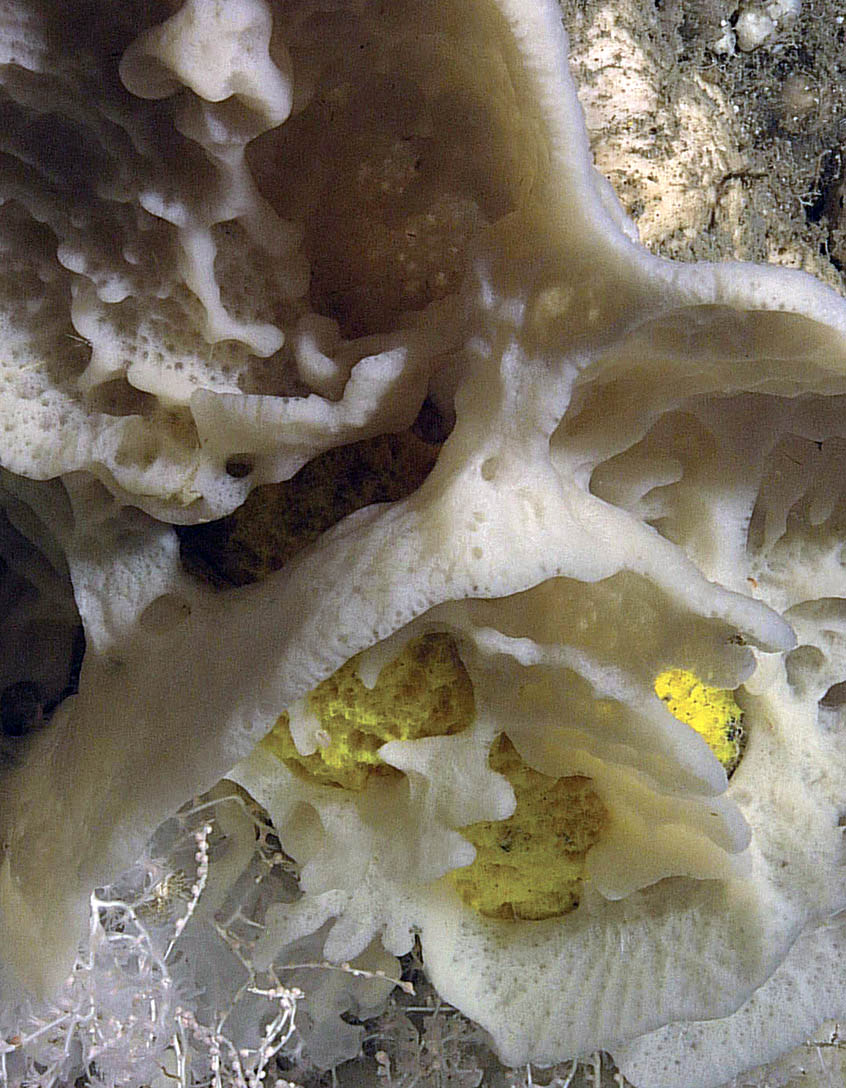 In 2006, the United Nations General Assembly (UNGA) passed the Sustainable Fisheries Resolution 61/105, calling on states and Regional Fisheries Management Organizations (RFMOs) to take action to protect vulnerable marine ecosystems (VMEs) in the high seas (UN 2006). In response, NAFO has enacted several measures to protect corals and sponges which include coral and sponge closures, as well as seamount closures (Table 3). Deep-sea corals and their associated fauna can be considered straddling resources as their distributions extend both inside and outside Canada’s 200 mile limit.

This four column table provides information on the NAFO closures shown in Figure 3 below. The information includes Management Measures in column 1 and the corresponding Location, Feature and Area (km2) in columns 2 through 4 respectively.

*New England Seamounts and Corner Seamounts are within NAFO Regulatory Area but not within the scope of this Strategy.

This table provides information on the DFO closures shown on Figures 4 and 5 below. The three columns list Management Measures, Location, and Area (km2).

The Fisheries Council of Canada (FCC) is a non-profit trade association representing companies engaged in the growing, harvesting, processing, and marketing of fish and seafood. FCC membership includes the Canadian Association of Prawn Producers, GEAC and the Northern Coalition who have been active in addressing concerns regarding fishing impacts on sensitive areas including corals and sponges. The growing conservation awareness of the fishing industry has resulted in cooperative efforts to improve harvesting technologies and practices in Canada (Campbell and Simms 2009).

Within the Government of Canada, there are other national programs and marine conservation tools which have the potential to contribute to the conservation of coral and sponge communities. DFO, PC and EC each have specific but complementary mandates for protecting oceans and their living resources, and establishing MPAs. For example, in 2005 the Ministers of these federal agencies released Canada’s Federal Marine Protected Areas Strategy, which outlines how their respective MPA programs ‒ PC’s NMCAs, EC’s National Wildlife Areas and Migratory Bird Sanctuaries ‒ can collectively contribute to a network. The Coral and Sponge Conservation Strategy for Eastern Canada will encourage federal agencies to have a more comprehensive approach to coral and sponge conservation through increased coordination of management and research efforts.

Designation of the following areas is under active investigation (Table 5).

This four column table provides information on the proposed protected areas and potential management measures contributing to coral and sponge conservation shown in Figures 7 and 8 below. Listed are the Organization, Location, Area (km2) and Potential Management Measures.