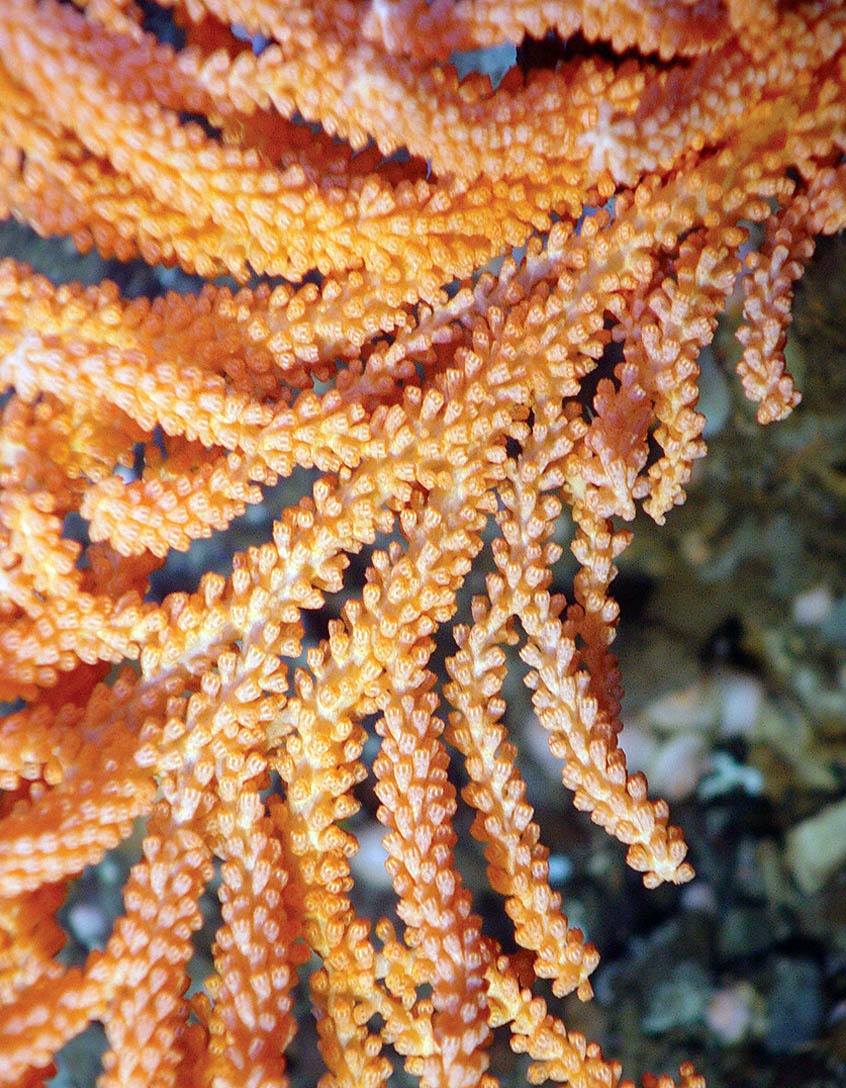 Corals and sponges are traditionally thought of as species of shallow, tropical waters, but that is changing. While the existence of cold water corals and sponges has been acknowledged for many years, primarily because of by-catch in fishing gear, the location, extent, diversity, and ecological role of these animals remained largely a mystery. In recent years, the advent of new technology, such as remotely operated vehicles and high definition cameras, has shed light on areas of the ocean floor previously unexplored. Like their tropical relatives, cold water corals and sponges increase the structural complexity of the sea floor, creating habitat for fish and invertebrates in what may otherwise be a cold, dark, barren area of the ocean. This habitat provides protection from currents and predators, nurseries for young fish, and feeding, breeding, and spawning areas for numerous fish and invertebrate species.

Globally, cold water corals and sponges are found from the Antarctic in the southern hemisphere to the Arctic in the north. In eastern Canadian waters, cold water corals and sponges can be found from the intertidal zone to thousands of meters below the sea surface in the midnight zone (the deepest layer of the ocean that receives no sunlight). These coral and sponge communities play a vital role in maintaining healthy aquatic ecosystems, and support fish and invertebrates that are of social and economic importance to Canadians. Thus there is a need for the management of human activities that support the protection and conservation of these animals. Ecosystem-based management is the management of human activities to ensure that marine ecosystems, their structure, function and overall environmental quality are not compromised, and is the approach of Fisheries and Oceans Canada (DFO) to conserving and protecting the health of Canada’s marine environment.

In Canada, Parliament has set out an agenda for sustainable development of our oceans based on a balanced approach to development and conservation of ocean resources through integrated oceans management. DFO is the lead federal department responsible for research and conservation of coral and sponge species. The national legislative context is provided in the Oceans Act and Fisheries Act, with further guidance provided in policies such as Canada’s Oceans Strategy (DFO 2002): and the Policy for Managing the Impacts of Fishing on Sensitive Benthic Areas (DFO 2009a).

There are five DFO management regions located in eastern Canada: Central and Arctic, Quebec, Gulf, Maritimes, and Newfoundland and Labrador. The Coral and Sponge Conservation Strategy for Eastern Canada has been developed to define the current state of knowledge of corals and sponges, to provide the international and national context for coral conservation, and to outline existing research and conservation efforts in eastern Canadian waters. In general, the Strategy provides a comprehensive approach to coral and sponge conservation through increased coordination and collaboration of management and research efforts.

Notably, the development of this Strategy has benefitted from existing Canadian strategies including the Maritimes Coral Conservation Plan (DFO 2006a) and the Pacific Region Cold-Water Coral and Sponge Conservation Strategy (DFO 2010a), as well as the United States National Oceanic and Atmospheric Administration Strategic Plan for Deep-Sea Coral and Sponge Ecosystems: Research, Management, and International Cooperation (NOAA 2010). In addition, the Government of Canada funded the National Centre of Expertise in Cold Water Coral and Sponge Reefs (2007-2012) through its Health of the Oceans Initiative (HOTO). This Centre was instrumental in the coordination and development of this Strategy.