Find out about the projects that were approved for the Coastal Restoration Fund.

Since the launch of the program the CRF has been well received, with over 163 expressions of interest requesting over $310M in funding submitted during its initial call for proposals. Initially the program funded 32 projects on all three coasts for a total of $46.9M. An additional eight funded projects worth $10.2M were also approved for funding from the program’s over programming list.

Currently, the program’s 40 projects have developed or are in the midst of developing coastal restoration plans on all Canada’s coasts. It has also facilitated community engagement across the country involving all levels of government, including Indigenous governments and organizations, industry, conservation groups and academia in the development of these plans. Currently, many of these initiatives have also begun physical restoration based on these plans.

Project overviews by province and territory

Select one of the following provinces or territories to browse summaries of approved projects for the area.

Map of projects funded through the Coastal Restoration Fund. 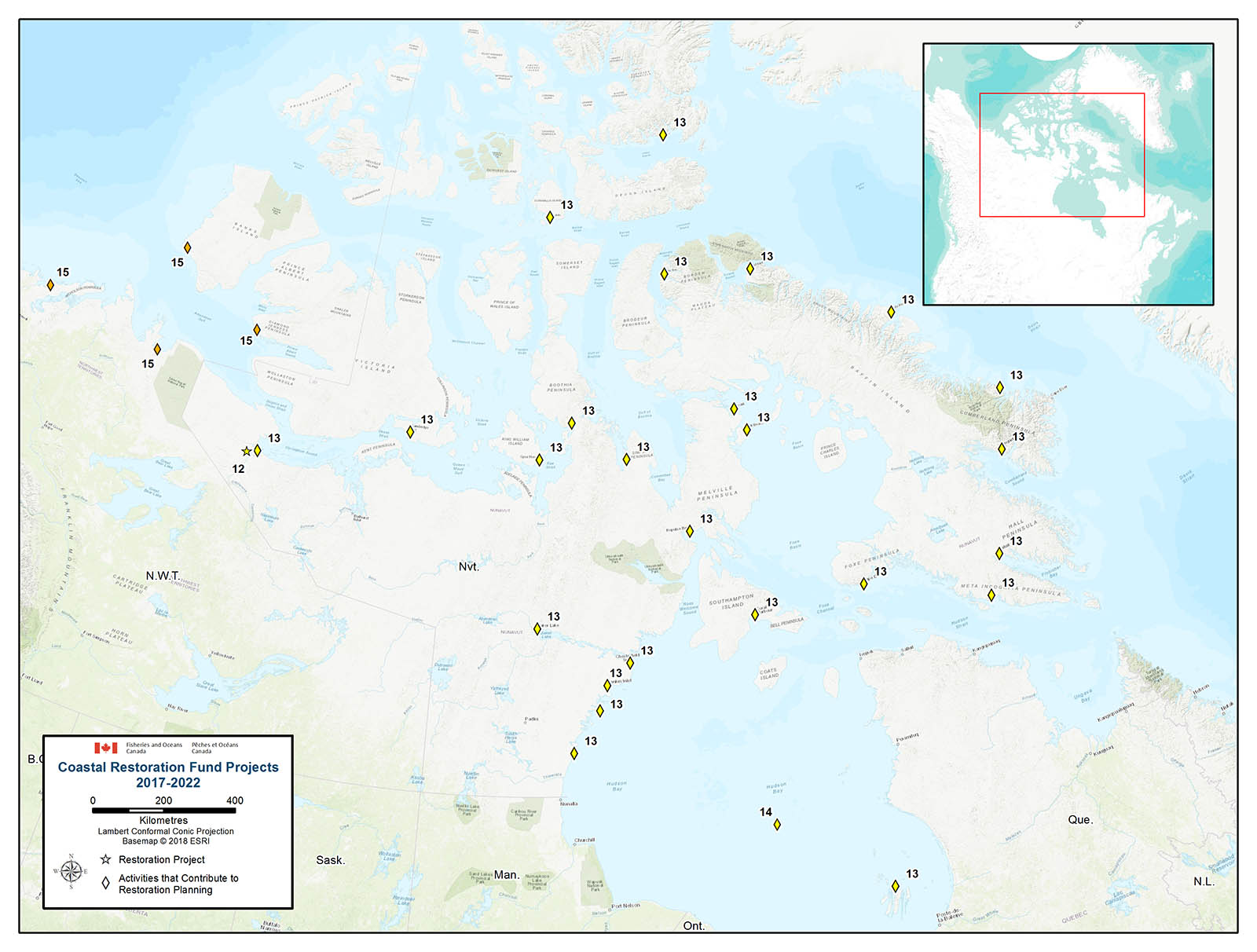 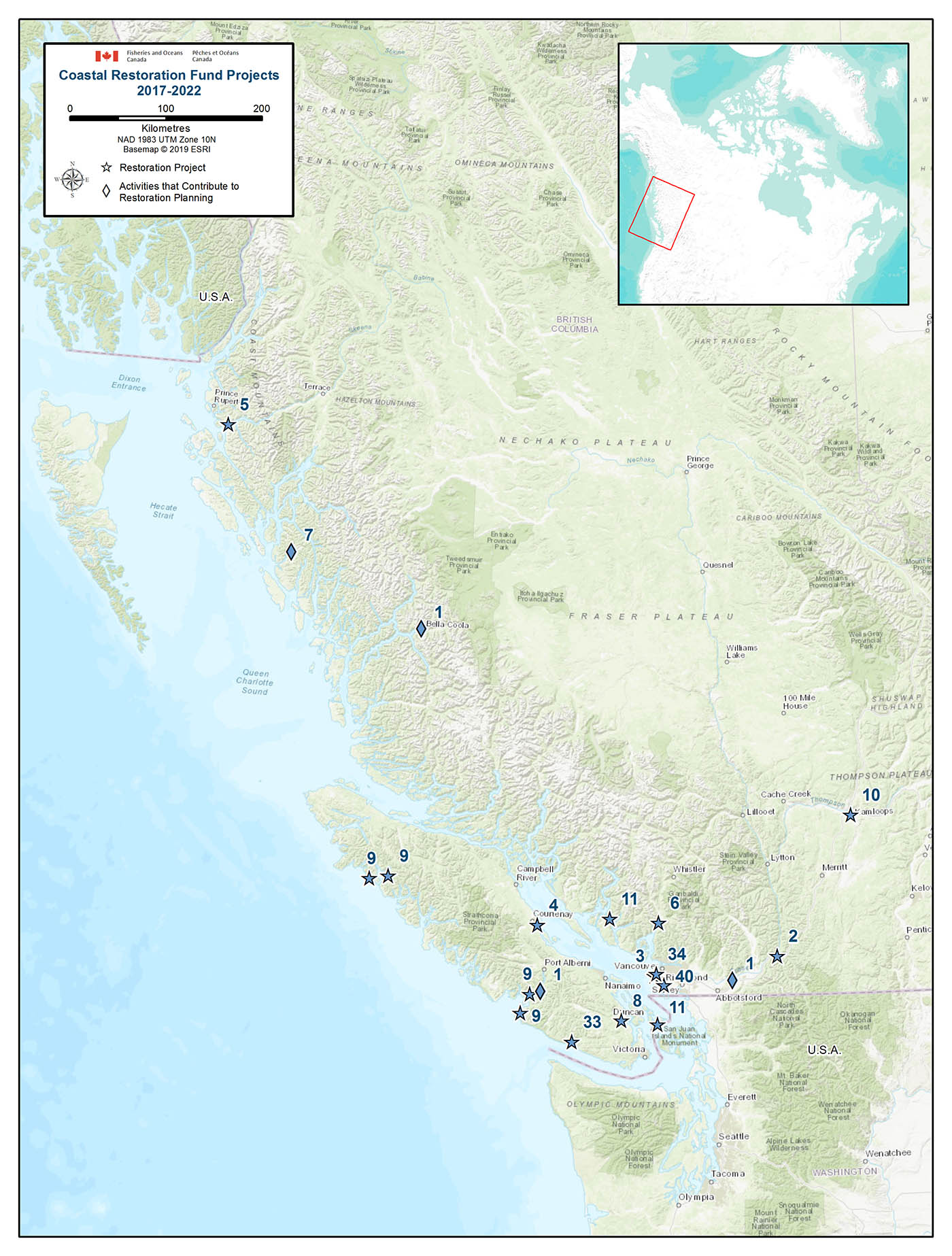 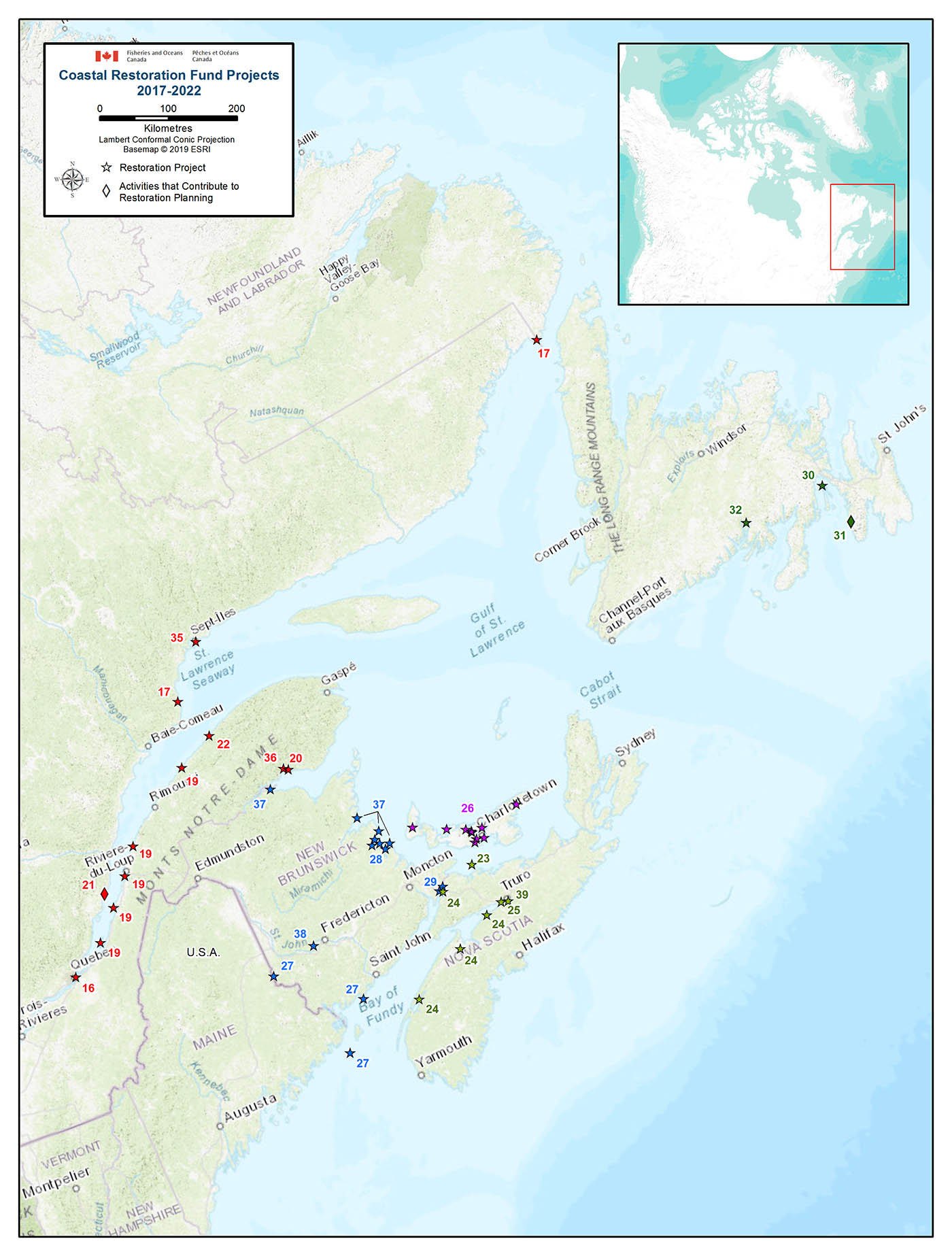