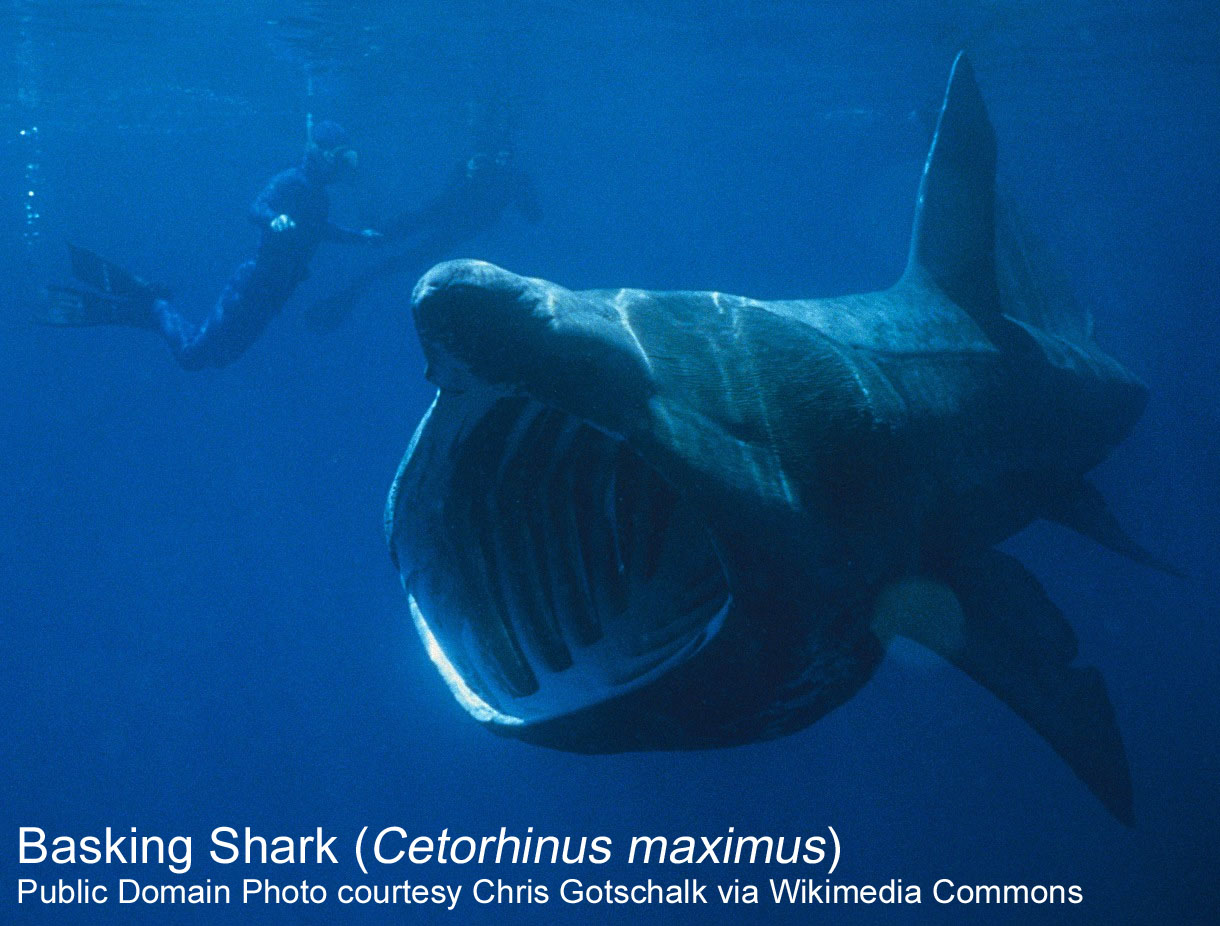 The basking shark is a large and highly migratory species commonly found off Atlantic Canada in the summer months. Much of the biology of this gentle giant remains unknown. One key question is why do these sharks seem to disappear between late fall and the following summer, and where do they go during this time? Some believe they travel into deeper waters for the winters months, shedding their gill rakers (which they use to filter plankton) before hibernating for the winter. However, this remains an untested hypothesis.

Scientists at the Shark Research Laboratory will soon start an active dart tagging program for basking sharks and will attempt to deploy some real-time and archival pop-up satellite tags on a few basking sharks this coming year. As well, the Shark Research Laboratory keeps track of the frequency and locations of basking shark sightings in our waters to better understand their movements and population dynamics. The results will be used to determine migration routes, assess tanadian and U.S. waters, and infer the location ohe level of exchange of basking sharks between Cf the 'hidden' over-wintering grounds. The goal is to protect the basking shark, none of which are fished, but many of which are accidentally killed by boats and fishing gear.

If you should happen to see a basking shark, record the date, time, location (latitude and longitude) and number of the tag and report it to the Shark Research Lab at one of the following numbers:

The fact that basking sharks are considered a threatened species in some places of the world is of considerable concern. Until recently, the health of the basking shark population in Canadian waters was completely unknown. However, an initial summary population assessment for basking sharks in Atlantic Canada is now available, as is a full stock assessment of basking shark status (CSAS resdocs - 2008/004).

The life history characteristics of basking sharks are inadequately known, and key parameters such as growth rate, natural mortality and fecundity are assumed rather than measured. However, there is little doubt that the species is relatively unproductive and incapable of sustaining even modest mortality rates. Basking shark distribution appears to be restricted to temperatures between 6-16 °C, which implies that observations of basking sharks north of Newfoundland and in cold waters elsewhere are likely to be misidentifications of Greenland sharks. There is no directed fishery for basking sharks in Canadian waters. Observed bycatch in foreign fisheries peaked in the 1980s and early 1990s at about 150 mt per year, but has averaged only a few metric tons annually since 2000. Basking sharks are caught incidentally in domestic fisheries, with most observed bycatches having occurred in groundfish and redfish trawl fisheries. When scaled to total landings, total estimated bycatch has averaged 164 mt annually (corresponding to 164 basking sharks) since 1986. Estimates of absolute basking shark abundance from aerial surveys of whales in the Bay of Fundy, the Scotian Shelf/Gulf of St. Lawrence and Newfoundland waters suggest a population number of 10,100 in the summer of 2007. This estimate is uncertain due to the number of assumptions that were invoked. A population model suggested that the average population size which could support the estimated number of discards would be about 4,800. The results of this population model, which are consistent with the results of a life table analysis, suggest a 23% probability that the population is decreasing, although the uncertainty associated with the model inputs is large. This result is more or less consistent with sighting indices in U.S. waters that show no evidence of a decline since 1979.