There may be up to several thousand walruses in Canadian waters. One population, the Northwest Atlantic, that once used the Gulf of St. Lawrence as a pupping area, is extirpated, meaning that it is no longer found in the wild in Canada. This population of Atlantic walrus became extirpated mainly as a result of hunting. Walruses are also sensitive to disturbances such as boats and low-flying planes which cause them to flee. According to DFO's Recovery Strategy for the Atlantic walrus, finalized in 2008, recovery of the extirpated Northwest Atlantic population is not considered biologically or technically feasible at this time.

About the Atlantic walrus

Gregarious and intelligent, the Atlantic walrus usually rests in large herds. Although clumsy and slow-moving on land, upon entering the water, the walrus transforms itself into a smooth and graceful swimmer. The Atlantic walrus is a pinniped – literally meaning feather footed – and supports its massive weight on feather-like flippers, in order to navigate its surroundings. Males are much larger than females; an adult male may weight up to one-and-a-half tonnes!

Walruses reach sexual maturity at approximately six years of age. Once a female walrus reaches maturity, she gives birth to one calf, every three years, usually during May or June. During her labour, the expectant mother moves onto land or ice to give birth.

The male Atlantic walrus is an extremely territorial creature. During the breeding season, the bulls, (males), form large harems of females which they diligently protect. Should a male walrus dare to invade the territory of another, a bloody battle ensues. The winner claims the females as his own.

How to recognize an Atlantic walrus

The immense Atlantic walrus is most easily identified by its long tusks and accompanying front and hind flippers. Males have longer and bigger tusks than females. Their dark brown skin is covered by a thin, sparse layer of brown hairs. At birth, the hair is silver grey but quickly turns brown. Male walruses have especially large, muscular-looking necks, with very, thick skin.

A newborn walrus measures about 1.2 metres and weighs approximately 55 kilograms. By adulthood, males measure about 3.1 metres and can weigh about 900 kilograms. Females tend to be smaller, averaging 2.6 metres in length and 560 kilograms in weight.

Where the Atlantic walrus lives

The Atlantic walrus prefers the cold waters of the Arctic Ocean, Bering Sea, James Bay and the Labrador coast. Ice floes drift on these waters which are less than 80 to 100 metres deep. During the winter, the walrus seeks areas where the water doesn’t freeze. As much as they prefer living on ice, they have been known to live on coasts and beaches during the warm summer months.

Why it's at risk

Hunting was the main cause of the loss of walruses from the Northwest Atlantic. Water pollution may also be a risk, as it is possible that toxins may build up in their organs, leading to early death. Oil spills are also harmful to this species, but the extent of the damage is unknown.

Walruses are very sensitive to other human activity causing environmental disturbances. Boats and low-flying airplanes can frighten them and cause them to flee; the sudden, hurried movement of a group of walruses can sometimes lead to the death of members in the middle of the group. The underwater noises of boats are considered a serious disturbance to walruses and may impact on their communications with each other. Losses of their food source and predation by killer whales, sharks and humans may also have a negative effect on their population.

What can you do?

The Atlantic walrus needs continued protection. Learn more about the Atlantic walrus and be aware of human threats to their survival, such as underwater noise, water pollution and oil spills. Do your best to reduce these threats wherever possible to protect the Atlantic walrus’ vital habitat. Get involved with the Habitat Stewardship Program for Species at Risk (HSP) or another conservation organization. 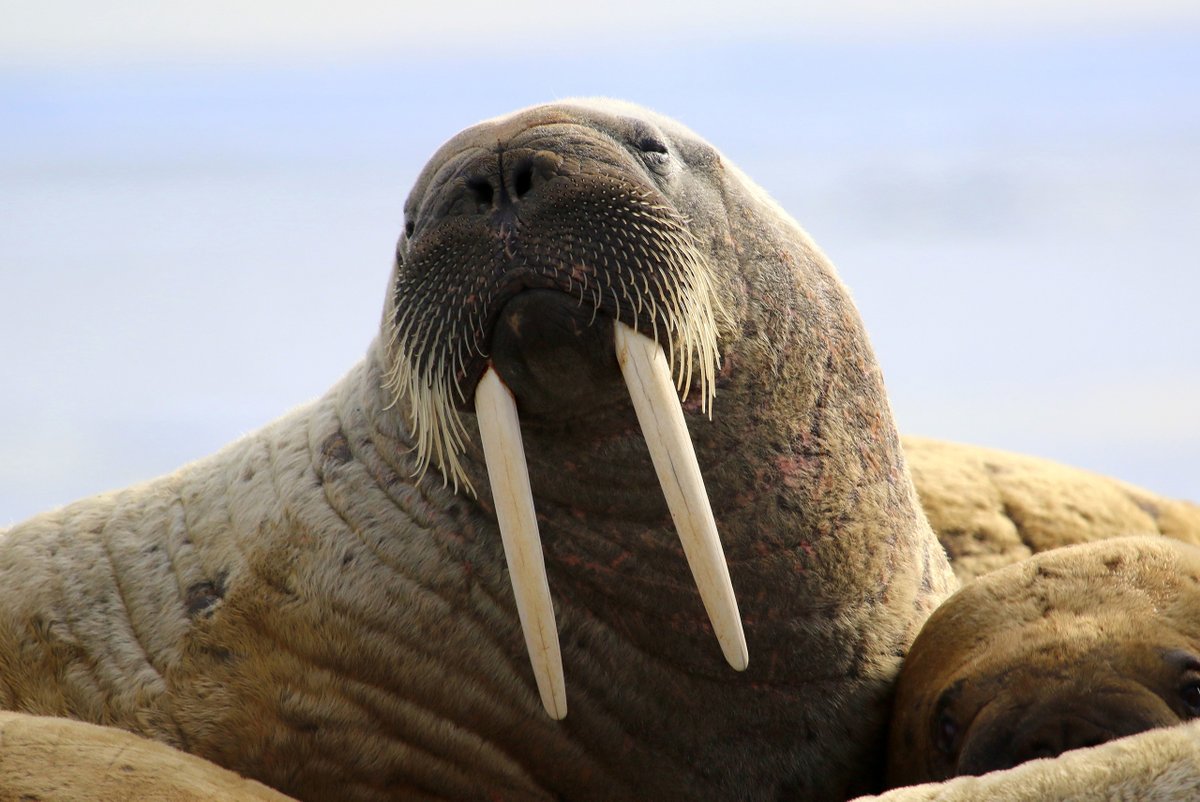 The main food source for the Atlantic walrus is molluscs, which live in the sediments, at the bottom of the ocean. It’s for this very reason that the walruses prefer to live near shallow waters. It’s a shorter trip to the dinner table.