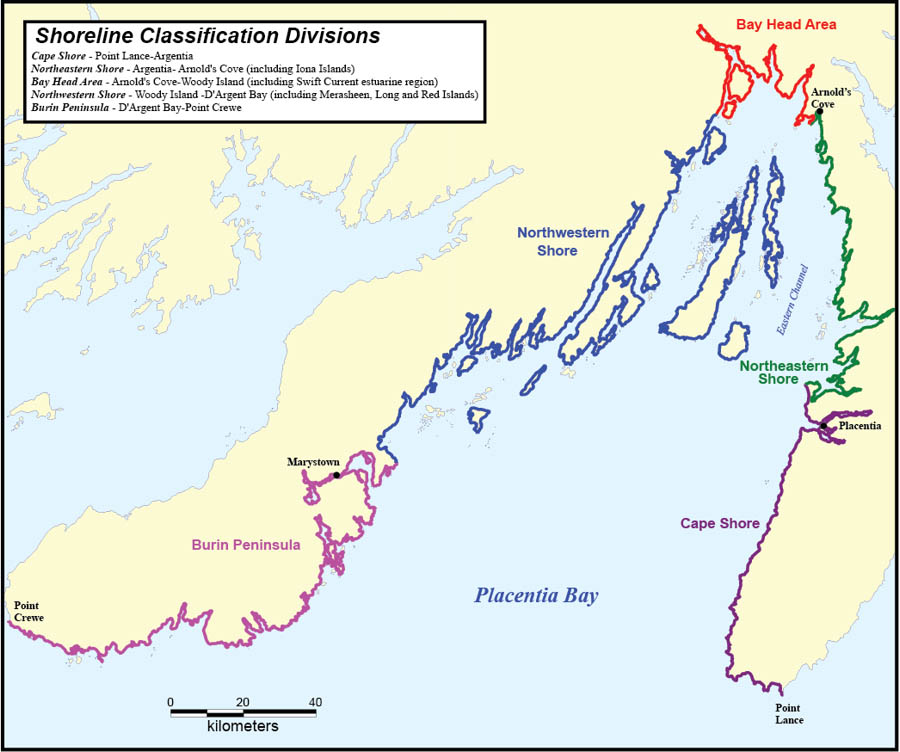 Placentia Bay is characterized by deep water and exposure to southwesterly winds and currents. The bay entrance is unobstructed, allowing waves unrestricted access to the region. Shorelines are dominated by coarse-grained gravel deposits and cliffs; mixed sand and gravel beaches are uncommon and sand dominated systems are rare. Estuaries develop at the heads of most deep embayments along the northeastern and northwestern areas of the shore and the development of tidal flats is rare.Footnote 4 Shorelines are dominated by onshore-offshore movement of sediment, with little shore-parallel movement. This pattern implies that sediments and contaminants, once introduced into the system, will remain for a considerable amount of time within individual coves and smaller embayments.

Beaches throughout the region are marked by seasonal and yearly changes in form and texture. The amount that these beaches change over time is exceptional; stability is not a characteristic of most of these shores.

The divisions for shoreline classification have been adopted from Catto et al. (1997) and are listed in the map shown above.