A Time For Action

The health of Canada ’s marine and coastal ecosystems continues to decline due to an ever increasing range of threats, including land and sea-based sources of pollution such as sewage and oil dumping, habitat degradation, unsustainable fisheries, an increasing demand on ocean resources, invasive species and larger scale impacts such as global climate change. In addition to these wide ranging threats, the sheer immensity of Canada’s marine and coastal environment, the relative lack of scientific understanding of ocean species, habitats and processes and the fluid, multi-dimensional and connective nature of the marine environment, present an enormous challenge if the decline in the health of our oceans is to be addressed.

Environmental concerns have also been exacerbated by a growing number of competing ocean interests in recent decades. Increased interest in oil and gas exploration and development, offshore mining, aquaculture, tourism, and communication technologies, coupled with traditional fishing and shipping activities have resulted in a complex array of ocean users. There is a need for a cohesive set of policies and a systematic plan that is clear to all ocean users and ensures that our marine and coastal environments remain both healthy and productive into the future. 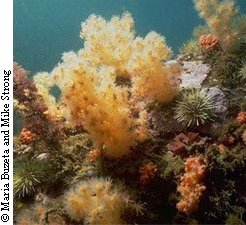 Poll surveys in Canada (Ipsos-Reed 2001) indicate that Canadians from coast to coast to coast feel strongly that oceans and fish habitat are important priorities for government protection and that environmentally sensitive areas, including aquatic areas, should be protected. Three in four Canadians felt that the government should be spending more money on implementing conservation and other environmental measures designed to protect oceans from environmental damage. A report published by the National Round Table on the Environment and the Economy (2003) entitled Securing Canada’s Natural Capital: A Vision for Nature Conservation in the 21st Century also called for the accelerated development of a national network of marine protected areas. The report indicated that “the complementary nature of the marine protected area programs of Parks Canada, Environment Canada and Fisheries and Oceans Canada – and increasing coordination among the three agencies – should facilitate the development of such a network". In addition, the Green Budget Coalition, which is comprised of 17 of Canada ’s leading environmental and conservation organizations published a series of federal budgetary recommendations for 2005. Priority recommendations include funding and implementation of the Oceans Action Plan, including establishment of a national network of marine protected areas.