Canada has the world’s longest coastline, stretching over 243,000 km along three oceans, as well as the second largest Exclusive Economic Zone. These marine and coastal areas range from high arctic to temperate climates on three oceans – Atlantic, Pacific and Arctic. They support an astonishing diversity and abundance of marine life and human activities, contribute significantly to the Canadian economy and offer enormous potential for future economic, social and cultural benefits.

In 1997, the Government of Canada brought the Oceans Act into force providing Canada with a framework for modern oceans management. In 2005, the Government of Canada launched a comprehensive Oceans Action Plan (OAP). The OAP is a government wide approach to coordinate and implement oceans activities, and to sustainably develop and manage our oceans. Under the Health of the Oceans pillar of the OAP, several activities are identified to maintain healthy and productive ocean ecosystems to allow Canadians to realize the full economic, environmental, cultural and recreational benefits that their oceans have to offer. Deliverables under this pillar include the development of a Federal Marine Protected Areas Strategy which will guide the establishment of a comprehensive and coordinated network of marine protected areas in Canada. 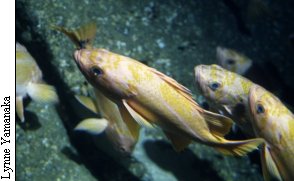 "Any area of intertidal or subtidal terrain, together with its overlying water and associated flora and fauna, historical and cultural features, which has been reserved by law or other effective means to protect part or all of the enclosed environment" (World Conservation Union IUCN definition).

Federal marine protected areas differ in size, scope and design, and they also exist within a continuum of management measures, ranging from legislated mechanisms such as National Marine Conservation Areas which have minimum protection standards and are established in perpetuity, to more voluntary community-based initiatives. While not exhaustive, the following diagram situates the federal marine protected areas network within the broader suite of management measures in Canada.

While the Federal Marine Protected Area Strategy applies to the ocean environment, it is recognized that Parks Canada’s NMCA program also includes the Great Lakes.