The Government of Canada is working hard to protect shark populations, including the Atlantic shortfin mako 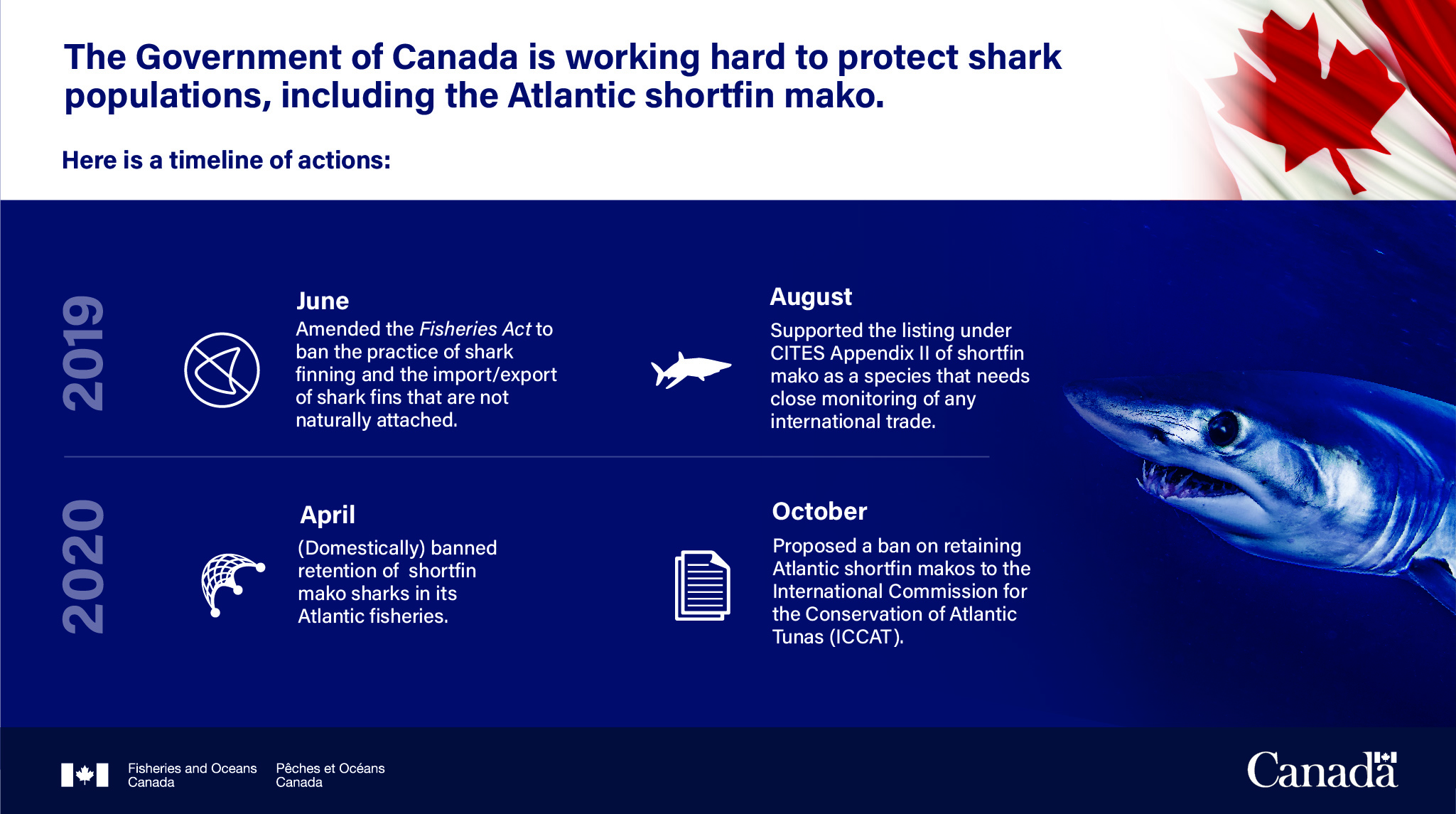