Averaging 1.2 metres in length, male sea otters typically weigh about 45 kilograms. Females are slightly smaller. Otters have large, flat heads, large teeth to crush shells, and blunt noses with long, stiff whiskers. The animals have black eyes, very small ears, and a short, stout tail. Their front legs are small and fairly weak; their rear legs are also small, but much stronger as they're used for paddling. The otters' thick fur varies in colour from rust to dark brown to black, and is lighter on the head, throat and chest. Female sea otters mature at five to six years of age, and bear a single pup—very occasionally two—at one or two year intervals. Pups are usually born in the water.

Sea otters favour shallow, coastal waters, seldom ranging more than one or two kilometres from shore. All otters, particularly mothers with pups, seem to prefer areas with kelp canopies, but seaweed is not an essential habitat requirement. Habitat use varies with weather and marine conditions. Otters have been known to move offshore during extended periods of calm, and congregate in sheltered, inshore areas during storms.

Between 1979 and 1972, 89 sea otters were successfully reintroduced to British Columbia. By 1995, the population had grown to 1,500. The otters mainly live off Vancouver Island, but can also be seen near Goose Island. Sea otters have also been reintroduced to Washington State and southeastern Alaska.

Major causes of death among sea otters are lack of food and predators. The latter include bald eagles (a significant cause of otter pup death), killer whales and sharks. The greatest threat to the sea otters' survival, however, probably comes from environmental contamination. Oil spills are particularly damaging, as oil coats the animals' fur, destroying the blanket of air that provides warmth and causes death by hypothermia. Commercial fisheries also pose significant danger; many sea otters become caught in fishing nets and drown.

Once extinct from Canada, the sea otter has successfully been reintroduced to British Columbia. Subsequent population growth and range expansion enabled the Government of Canada to change the listing of the species from threatened to special concern in 2009, as recommended by COSEWIC.

The Recovery Strategy for the Sea Otter has been finalized. However, due to the re-assessment and change in listing under SARA to Special Concern, a management plan was developed and posted to the SARA public registry in 2014. 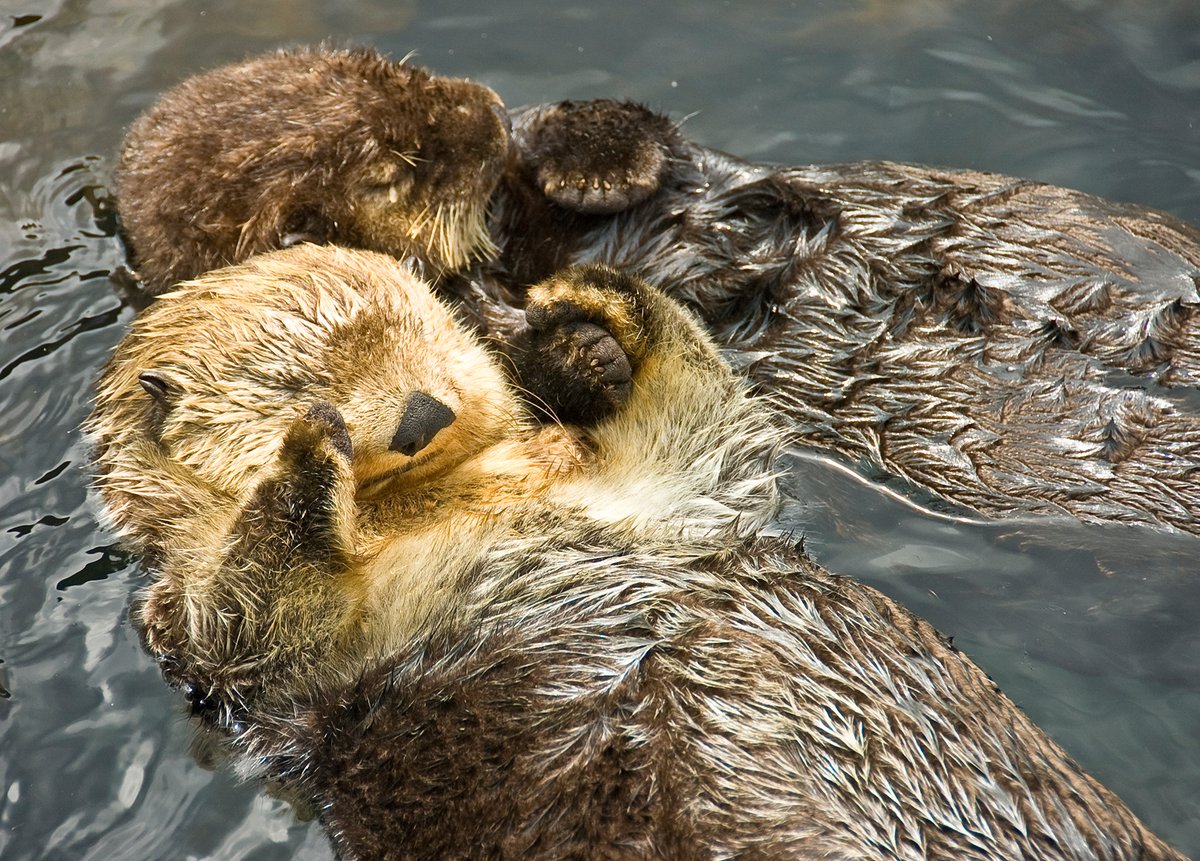 An improving ecosystem
During the 100 years or so that sea otters were absent from British Columbia shores, urchin populations grew unchecked and kelp forests along the rocky coastlines declined. Reintroduction of the otters has had a dramatic—and beneficial—impact on the heath of the ecosystem. Otters feed on sea urchins and other herbivorous invertebrates, which graze on seaweed. Consequently, the urchins are disappearing and the kelp forests growing. The increased seaweed growth provides a source of food for herbivorous invertebrates, creates a habitat for fish, and gentles water currents, reducing coastal erosion.